History at a glance

The “Lycée Pilote de l'Ariana”, LPA, (also 'formerly' called “The Pioneer School of Ariana” or “The Ariana Pioneer School”) is a model high school meant to provide its students with preparation for post-secondary education pathways and transitions available both in Tunisia and overseas. 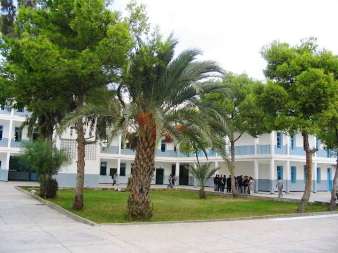 LPA is located in the town of Ariana, off the city of Tunis to the north, about 20 –minute drive from downtown.

LPA was founded in 1983. It used to teach the subjects of the national curriculum via the English language. It stopped doing so at the end of the scholar year 1989-1990, in a bid to 'linguistically' equate LPA students with their peers attending mainstream high schools nationwide, who are taught the (same) scientific subjects in the French language.

Students used to get in at the age of twelve. At the time, the school had 7 different grades. But following national educational reforms, the secondary education has been split into two parts. LPA is now open to intermediate school graduates (15 and 16-year-olds) who have guaranteed outstanding passage of the end-of-basic- school entrance examination, with an average mark exceeding 16 out of 20, that is. 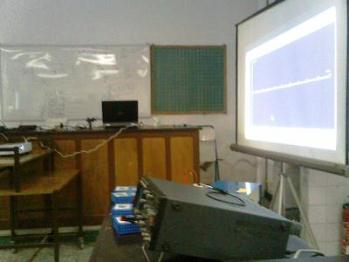 The scholar year is crowned with the Baccalaureate examination. LPA’s school results in this national examination have almost always been the best nationwide, as the rate of success happens to be always 100%, with average marks exceeding 14 out of 20. What’s more, the rate of the students whose average marks are above 16 out of 20 usually reaches no less than 70%. Hence, LPA quickly acquired the status of the most respected high school in the nation.

Most of LPA graduates have pursued higher education in prestigious universities, faculties and institutes, both in Tunisia and abroad. Many of them have landed high-ranking jobs and are having a successful career in a good many fields of activity worldwide.

LPA is twinned with several high schools across the world and holds strong ties with certain international educational and cultural instances.

The school's surface is roughly 10976 m² and has a refectory, a kitchen, four dormitories, twenty-one classes, four specialized classes, five laboratories, a library and a multipurpose hall. It has basket-ball, handball and volley-ball fields, and a specially equipped room for gymnastics. It also has two locker rooms for sport purposes. 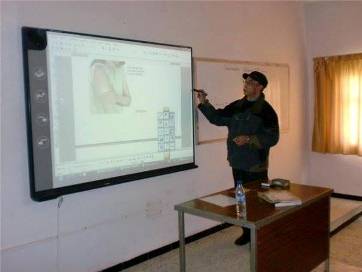 The school hosts 733 students, 65% of which are girls. Students follow a common track the first year, then specialize starting from the second year. There are currently two tracks available: Mathematics and Biology. A former track for Technology existed previously, but ended in 2001 due to its similarity to Mathematics' track.

The school consists of 83 faculty members, among which 10 Maths, 12 Physics and 8 Biology professors. LPA offers a variety of optional languages, in addition to Arabic, French and English: Spanish, German, Italian and Chinese.

To this day, the school has had six principals:

In 2014, the school received the alias "Lycée Mohamed Fraj Chedly", honoring the former Minister of Education Mohamed Fraj Chedly (1927-2014). During his term at the head of the Ministry of Education (1980-1986), Fraj Chedly had banked on the quality of teaching and education, he explained, showcasing the willingness of the defunct to build up a Tunisian elite, thus advocating the creation of model schools (pioneer schools).

Thanks to Mohamed Hammar for his major contribution to this article.