Tunisia’s « war on terror » must be a fight for democracy

It was not at all my intention to discuss the unpleasant subject of terrorism in my first contribution to the new, wonderfully designed, website of the English Pioneer High School of Ariana*. I had originally planned to reflect on the general failures of Tunisia’s education policy and develop a specific argument for the abolition of the baccalaureate national exam. But terrorism freezes time, grabs attention, and shifts priorities. So my concern with Tunisia’s education policy will have to be set aside for the moment. 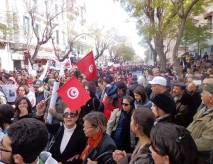 Everyone was of course deeply shaken by the massacre in Bardo, which was orchestrated as an assault on the main symbols of democracy and civilisation in our country. The response of the Tunisian people, who displayed extraordinary courage and resilience in the aftermath of the attack, was heart-warming. But on the other hand, the responses of the current government and the president of the republic, who swiftly announced a « war on terror », prompt a serious discussion of the policies that they intend to pursue and their potential impact on our nascent democracy.

Terrorism is not (only) an issue of security. Countries that restricted their counter-terrorist action to intelligence gathering and heavy investment in weapons and surveillance technologies continue to be attacked. Nor is terrorism a natural consequence of ‘poverty’ and ‘unemployment’ as the mainstream media like to portray it. In fact one of the Bardo attackers is an educated young man with a stable job and a rather well-off family. 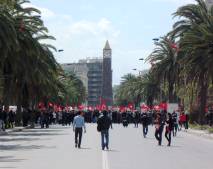 In order to fight terrorism one has to understand that it is primarily an issue of ideology. Throughout history, violence has always been used to make a particular world-view known when it fails to gather support through peaceful mobilisation. In our particular context, this world-view is that of state which applies Sharia law, particularly a version of it which puts moral power in the hands of a self-designated political and religious leader - a ‘Calife’-. Back in 2014, Tunisians from across the political spectrum firmly rejected the idea of a religious state and decided to continue through 150 years of secular reforms which helped the country emerge as a shining example of a liberal democracy.

A minority of individuals were demonstrably unhappy about this choice. They are our ‘far right’. They do exist and they will continue to exist so long as we have a functioning democratic system and a free society. So when I hear the term « war on terror » I can only worry about the democracy and freedom for which Tunisians fought so hard in the part four years. This is a term which was imported from contexts where violence has become the norm not the exception. For example, some countries now routinely carry out mass arrests and executions as part of their « war on terror ». Others waste public money on monitoring the phone calls and internet communications of their own citizens with the pretext of « fighting terror ». In most cases these state security policies have exacerbated violence against political opponents, journalists and bloggers.

I do not wish to live in a society like these, nurtured by a persistent sense of fear, mistrust, and violence. I refuse to live in a society that is paranoid about security and where I must concede my rights and freedoms to acquire a false sense of personal safety. If a fully secure society were possible to achieve and sustain, Ben Ali would still be in power today. We got rid of his system because it turned the country into an open-air prison. We must not forget that under any circumstances.

So the challenge for us is to accept democracy with all its risks and uncertainties, including that of violent ideology. The challenge is to think of alternative spaces where extremist ideas can be exposed and responded to through non-violent means. These debates must not take place among young men in the secrecy of mosques and cafés. They have to come into the open and engage all citizens from all ages, genders and social backgrounds. But the venues for that democratic debate are currently lacking in Tunisia, with a fragmented media landscape, an almost dead cinema industry, a stagnating theatre, and very poor literary production.

I believe that we - the alumni of the English Pionner High School of Ariana - have a duty to revive the aforementioned sectors in order to make democracy work and to prevent further atrocities. After all, we had the privilege of access to high-quality education that made many of us become opinion leaders and change makers in our society and even abroad. The country needs a return on the investment it put into us and we have to live up to that expectation.

(*) I will continue to use the school title that appeared on my acceptance letter and transcript of grades in 1990. There was not such a thing as a « lycée pilote de l’Ariana » back then.